In 1931 the urban planning of Rome provided for several infrastructure  projects, including the building of the Imperial Street: a great road to link the city center with the coast. In the original draw there was the “Zodiac Fountain”, as scenographic background of the end point.

The road construction – the biggest in the whole Europe back then - started in 1938 and finished in 1954 with some delays because of the Second World War. Therefore in the early 50s, since the final straightway was about to be completed, started the works for the end point: a huge terrace (approx. 4000 sq.m.) facing the sea with a central roundabout. 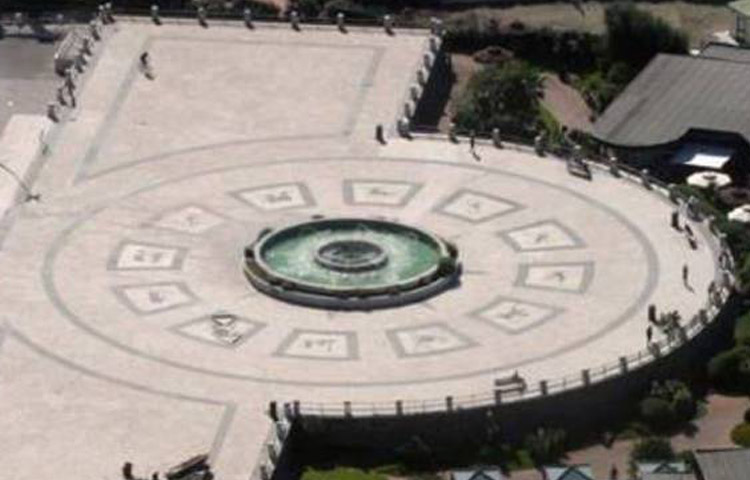 The fountain’s project was very ambitious for that times because is was provided with an innovative authomatic system to manage the water and light figures. As style reference were chosen the black and white mosaics found in the archaelogic sites of Ostia Antica and Governor’s Palace. This was a major project for Rome which needed the best materials: the choices were the travertino romano and Basaltina® (at the time known as Basaltina of Bagnoregio) for the zodiac sign, frames and compass rose.

During the following years all maintenance and renovation service for the fountain and the terrace were carried on preserving the charm of the building and original tones. Unfortunately, after last intervention back in 2005 all the area decayed badly until the closure to the public in 2017. That same year started the new renovation project to make it shine again, 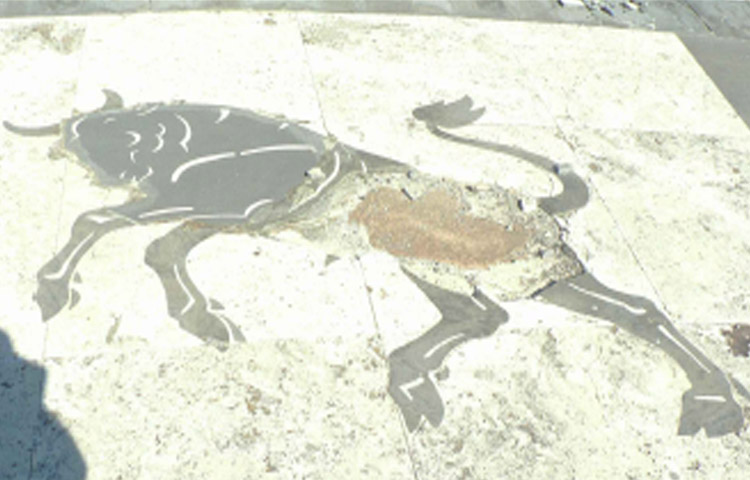 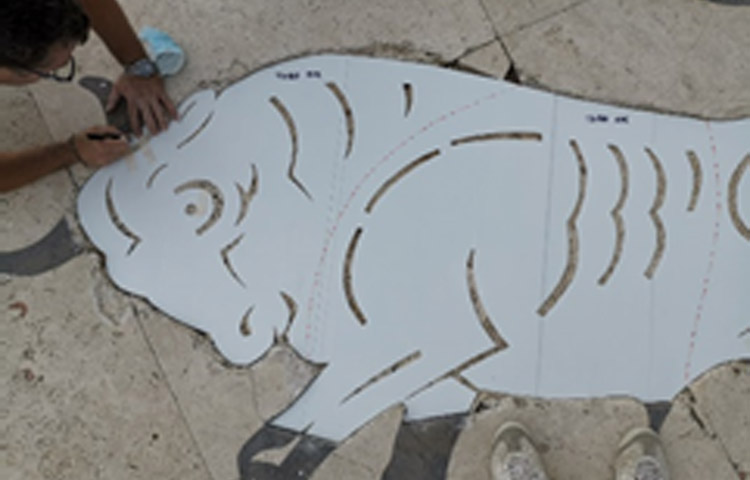 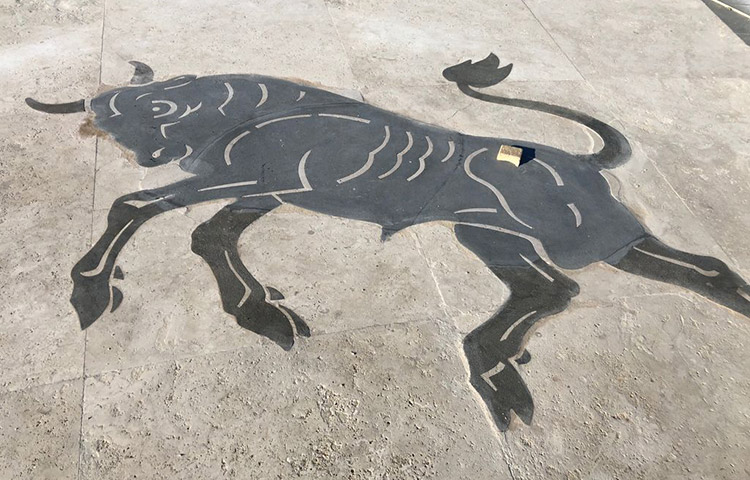 The work included the whole terrace, the substitution of the zodiac signs (or parts of them) and the frames in Basaltina®. For their complexity, the zodiac figures were very challenging for Basaltina S.r.l.: through analysis and inspections, all the parts to be substituted or required interventions were highlighted, then trasferred on polystyrene templates used to replicate the piece on Basaltina® slabs.
The insertions were made by “drowning” the travertino romano in the Basaltina® housing. Both zodiac signs and frames required diifferent works according to the consevation condition. The pictures show the steps for renovation of the Taurus sign, one of those that required more complex intervention.

Finally on March 31st 2021, during the complex COVID19 pandemic emergency, the works finished and all the area was opened to the public again. The opening ceremony was introduced by Rome’s mayor Virginia Raggi and the president of District X Giuliana di Pillo. Once again Basaltina® adorns the Eternal City 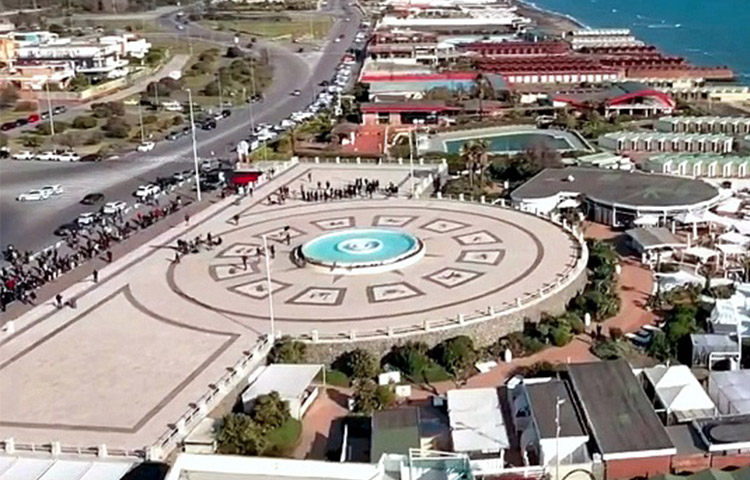 Basaltina® is a registered trademark.
Any unauthorized use or misuse will be held criminally and civilly liable.
​Basaltina S.r.l. is the sole owner of the trademark Basaltina®. VAT # 00877271007